Skip to content
Phil Albitz on the Steven Spierer Show

May 22, 2017
Markets & Investing
Phil Albitz on the Steven Spierer Show 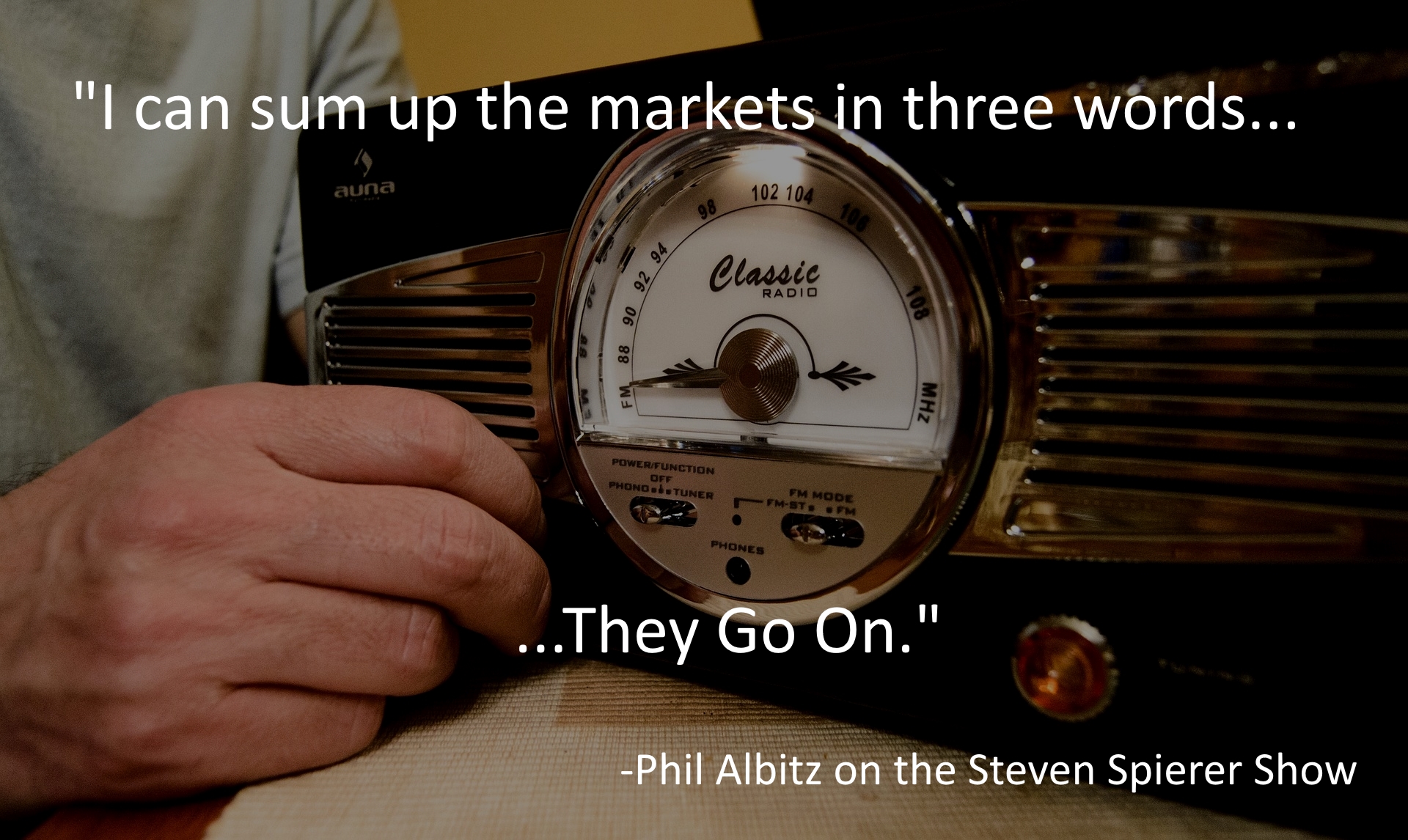 The economy has recently been obsessed with IF and WHEN the Federal Reserve will raise interest rates. And it makes sense; when the Fed raised interest rates last December, there was a massive sell off in the equities market. Janet Yellen and the Federal Reserve say they continue to be “data dependent” on when they will raise interest rates again. But what does the Fed mean when they say “data dependent”? Well, here are 20 things the Fed looks at when making their determination on whether to hike or not.

1. Real GDP – the total dollar value of all goods and services produced over a specific time period, adjusted for inflation. This can better be defined as the “size” of the economy.

2. Nonfarm payrolls growth –the number of additional jobs added from the previous month

4. Hire rate – the rate at which people are getting hired

5. Quits rate – the rate at which people are quitting jobs, or worker confidence – people tend to quit if they think they can find something better

6. Industrial Production Index, or IPI – the output of the manufacturing, mining, electric, and gas industries

7. Motor vehicle assemblies and sales – how many new vehicles are being made and sold

8. Retail sales – in-store, catalog, and out of store sales of items such as food, beverages and clothing

9. Real disposable personal income – how much money households have available for spending after all taxes have been paid

10. Starts for Single-family and multifamily homes – 1 unit and multi-unit structures being started

12. Real Private nonresidential fixed investment – investments made by businesses in either equipment or research and development

13. Real government consumption expenditures – how much money the government spends

15. Trade deficit – the amount a country’s imports exceed its exports

16. Personal consumption expenditures – how much consumers spend on goods and services in the U.S. economy

18. Average hourly earnings – how much employees in the private sector make per hour

20. The discretion of the Fed – the voting members of the Federal Open Market Committee ultimately decides on whether an interest rate hike happens or not, regardless of what data targets are hit. The Fed’s discretion is in fact the most important factor in determining the fate of interest rates.